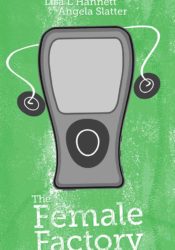 In The Female Factory, procreation is big business. Children are a commodity few women can afford.

Hopeful mothers-to-be try everything. Fertility clinics. Pills. Wombs for hire. Babies are no longer made in bedrooms, but engineered in boardrooms. A quirk of genetics allows lucky surrogates to carry multiple eggs, to control when they are fertilised, and by whom—but corporations market and sell the offspring. The souls of lost embryos are never wasted; captured in software, they give electronics their voice. Spirits born into the wrong bodies can brave the charged waters of a hidden billabong, and change their fate. Industrious orphans learn to manipulate scientific advances, creating mothers of their own choosing.

From Australia’s near-future all the way back in time to its convict past, these stories spin and sever the ties between parents and children.

"This collection is thought provoking and pushes the reader to uncomfortable spaces, making you ponder just how far you would go for the most basic of human needs. While they might make you squirm, these tales are also seriously beautiful, the words singing from the page." - Amanda Wrangles

Angela Slatter writes dark fantasy and horror. She is the author of the Aurealis Award-winning The Girl with No Hands and Other Tales, the WFA-shortlisted Sourdough and Other Stories, and the new collection/mosaic novel (with Lisa L. Hannett), Midnight and Moonshine. Her work has appeared in such writerly venues as the Mammoth Book of New Horror #22, Australian and US Best Of anthologies, Fantasy Magazine, Lady Churchill’s Rosebud Wristlet, Dreaming Again, and Steampunk II: Steampunk Reloaded. She has a British Fantasy Award for “The Coffin-Maker’s Daughter” (from A Book of Horrors, Stephen Jones, ed.), a PhD in Creative Writing and blogs at www.angelaslatter.com. In 2013 she was awarded one of the three inaugural Queensland Writers Fellowships.

Lisa L. Hannett hails from Ottawa, Canada but now lives in Adelaide, South Australia – city of churches, bizarre murders and pie floaters. Since 2008, she has sold or published over 50 short stories in venues such as Clarkesworld Magazine, Fantasy, Weird Tales, ChiZine, Shimmer, the Year’s Best Australian Fantasy and Horror (2010 & 2011), and Imaginarium: Best Canadian Speculative Writing (2012 & 2013). Lisa has won three Aurealis Awards, including Best Collection 2011 for her first book, Bluegrass Symphony, which was also nominated for a World Fantasy Award. Midnight and Moonshine, co-authored with Angela Slatter, was published in 2012. You can find her online at http://lisahannett.com and on Twitter @LisaLHannett.

Procreation is big business. Children are a commodity few women can afford.