• to publish fresh, original, well-written work that seeks to interrogate, commentate, inspire or provoke thought;
• to provide opportunities for female and other underrepresented voices by publishing and showcasing new work;
• to advocate for fiction written for, by and about women;
• to raise the awareness of underrepresented voices in science fiction, fantasy, horror and recently, crime; and
• to showcase and demonstrate the depth and breadth of Australian fiction to a broader audience.

Alisa Krasnostein is editor and publisher at independent Twelfth Planet Press, a freshly minted creative publishing PhD student and recently retired environmental engineer. She is also part of the twice Hugo nominated Galactic Suburbia Podcast team. In 2011, she won the World Fantasy Award for her work at Twelfth Planet Press. She was the Executive Editor and founder of the review website Aussie Specfic in Focus! from 2004 to 2012. In her spare time she is a critic, reader, reviewer, podcaster, runner, environmentalist, knitter, quilter and puppy lover.

Julia Rios is a Hugo nominated fiction editor at the online magazine, Strange Horizons. She’s also the co-editor with Alisa Krasnostein of Kaleidoscope: Diverse YA Science Fiction and Fantasy Stories, and with Saira Ali of In Other Words, an anthology of poems and flash fiction by writers of color. When not editing, she writes, podcasts, and occasionally narrates audio stories and poems. She’s half-Mexican, but her (fairly dreadful) French is better than her Spanish. 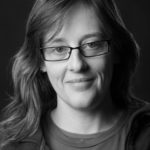 Alexandra Pierce reads, teaches, blogs, podcasts, cooks, knits, runs, eats, sleeps, and  observes the stars. Not necessarily in that order of priority. She is a Christian, a feminist, and  an Australian. She can be found at her website, and on the Hugo-winning Galactic Suburbia podcast.

Tehani Wessely has been involved in speculative fiction publishing since 2001. In the past ten years she has created three humans, a small publishing house, and a number of books and magazines, all of which she is immensely proud of. Tehani is a teacher librarian by day and has been a judge for the Aurealis Awards, the WA Premier’s Book Awards, and the CBCA Book of the Year judge for WA. She is about to launch a podcast for librarians and parents entitled “The Book Nut”, focussing on literature for children and young adults. She reads a lot. Her role at Twelfth Planet Press involves project development and promotion as well as copyediting, proofing and sales. 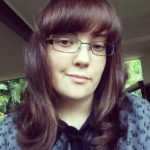 In the past, Katharine has been mentor and municipal liaison for NaNoWriMo (2005-2012), was the Northern Territory judge of the CBCA Book of the Year Awards for 2013/14, and is currently both an Aurealis Award judge, and one half of the Judging Coordinators team. Since 2014 she has been interning at Twelfth Planet Press and is currently taking on additional duties while the director takes maternity leave.

Terri has spent over a decade working in the media and publishing industries, supplemented with a good number of years employed by a government agency where she worked as the Events and Promotions Coordinator.  She also has a love of science fiction and fantasy and is thrilled to have an opportunity to merge her work experience with something she is passionate about.