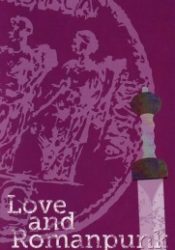 Thousands of years ago, Julia Agrippina wrote the true history of her family, the Caesars. The document was lost, or destroyed, almost immediately. (It included more monsters than you might think.)

Hundreds of years ago, Fanny and Mary ran away from London with a debauched poet and his sister. (If it was the poet you are thinking of, the story would have ended far more happily, and with fewer people having their throats bitten out.)

Sometime in the near future, a community will live in a replica Roman city built in the Australian bush. It’s a sight to behold. (Shame about the manticores.)

Further in the future, the last man who guards the secret history of the world will discover that the past has a way of coming around to bite you. (He didn’t even know she had a thing for pointy teeth.)

The world is in greater danger than you ever suspected. Women named Julia are stronger than they appear. Don’t let your little brother make out with silver-eyed blondes. Immortal heroes really don’t fancy teenage girls. When love dies, there’s still opera. Family is everything. Monsters are everywhere. Yes, you do have to wear the damned toga.

History is not what you think it is.

In less than 120 pages, Tansy Rayner Roberts has not only told a kick-ass series of interlinked stories in Love and Romanpunk , she has also, quite possibly, kicked off the next historical period for writers to mine. For such a slim volume, it packs a wallop…

The obvious comparison for Rayner Roberts’ work here is Buffy the Vampire Slayer . They both have vampires, slayers, and meaty relationships. But Love and Romanpunk is its own, self-contained vision, one that turns the wit and heart up as much as any story could sustain. Rayner Roberts’ lean prose draws you in from the first few paragraphs and keeps that pace going straight through. - Locus

What do you get if you cross a classical historian who did her PhD thesis on Imperial Roman women with a speculative fiction writer? You get Tansy Rayner Roberts and a new subgenre: Romanpunk.

I absolutely adore what Roberts has done with Ancient Rome. It’s a unique blend (as only Roberts can do) of mythology, history and humour that has me wanting to read more. She’s included a massive variety of mythical creatures and some uniquely Roman to spin Ancient Rome into an entirely new world I want to spend more time in. – ASif!

A series of interlinked short stories featuring the descendants of the Caesars, there’s monster-killing, whimsy and a real dark heart to the book…

Tansy has done something wonderful with this book. There’s a weight and a sense of history, of deep and entwining mythologies, far greater than the page count would suggest. It’s funny, and it’s dark, and it’s Tansy flexing her writer muscles, and using them with what looks like effortless (and jealousy inducing) grace. - Trent Jamieson

Whilst these stories could be read as standalone stories, I think it is a collection that begs to be read in order. Not only does the author manage to take us on a journey through time, we also wend our way through subgenres including historical and urban fantasy, with a touch of the gothic, and a little romanpunk as well (if romanpunk isn’t already a subgenre it totally should be).

I thoroughly enjoyed my foray into Love and Romanpunk and can’t wait to read more of the Twelve Planets books, and more from Tansy Rayner Roberts. - The Adventures of an Intrepid Reader

The world is in greater danger than you ever suspected. Women named Julia are stronger than they appear. History is not what you think it is.